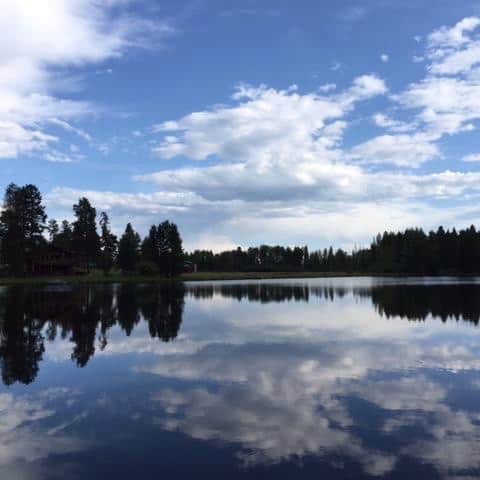 My family and I just returned from our annual summer trip to Colorado. It is a visit we look forward to every year as a time to slow down, connect with family and friends, and enjoy lots of time outside. This year was particularly meaningful, though, because we had the opportunity to celebrate my parents’ 50th wedding anniversary.

To celebrate this momentous occasion, my parents rented a place up the mountains for a week. In total, there were ten of us staying in the house—eight adults and our two boys. Given what I do for a living, I volunteered to take on the task of meal planning for the week. As we were packing up at the end of the trip, we were struck by how little food was left and also how smoothly all of the meals had gone, so I thought I would share my process with you in the hopes that it might help you with meal planning for family vacations that you take in the future.

Why Meal Planning for Family Vacation is Important

I know that the first instinct is to reject the idea of meal planning for family vacation. After all, who wants to think about cooking when you are on vacation? (Well, ok, maybe I do, but I know I’m the exception.) But if you ask me, it is more stressful to not know what everyone is going to eat at the end of the day, to run out of essentials, to have to manage cranky, hungry kids (and adults), and to find yourself scrambling to come up with something when everyone is already hungry. 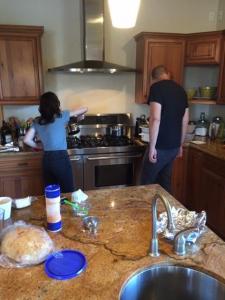 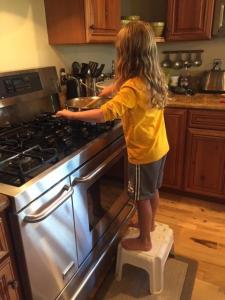 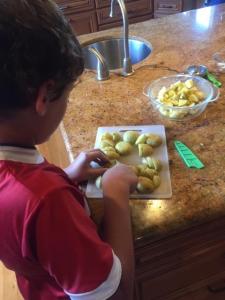 It is also an opportunity to divide up the labor. When the meals are planned, different dishes can be assigned to different people. My sister-in-law, for instance, offered to make three different desserts over the course of the week, which meant that I didn’t even need to think about those. Similarly, my brother and I each took responsibility for certain meals and then one we worked on together. Finally, my boys took responsibility for the appetizers on our big celebration dinner night. This meant that no one ever felt like they were carrying the full load.

Planning ahead also prevents daily trips to the grocery store, which not only wastes valuable vacation time, but also leaves you at the mercy of whatever selection is available. For instance, while there was a small grocery store relatively nearby, we knew the options wouldn’t be as plentiful as down in Boulder, so we decided to try to purchase as much of what we would need as possible before we headed up to the mountains. This not only saved us time, but also allowed for the possibility of bulk purchases for certain items that we knew we’d go through in large quantities (like sparkling water and bread). 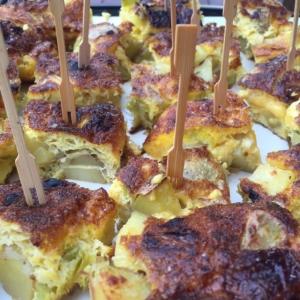 My mother is the person who instilled a passion for cooking in both my brother and me and when the whole family is together, she tends to still do a lot of the planning and cooking. But my brother and I both felt strongly that she and my dad should not have to do any of the cooking while we were celebrating their amazing accomplishment of 50 years of marriage, so we had a planning phone call to sketch out the different dinners that would be served each night. Here is what we planned:

Pan con Tomate and Tortilla Espanola (prepared by my boys)

Paella (prepared by my brother and me)

Flan (prepared by my sister-in-law)

We planned a super quick and simple meal for the first night because we knew we would be busy with unpacking and getting settled. On the second night we planned the ham because we thought the leftovers would be great for lunches all week long. The bean and rice bowls was planned for the second-to-last night because it contained the most shelf-stable ingredients. And the final night of leftovers meant that we would be able to enjoy as much time outside as possible on our last day and eat through a lot of what was left so that there would be less to pack up to bring home.

Step 2: Plan the Other Meals 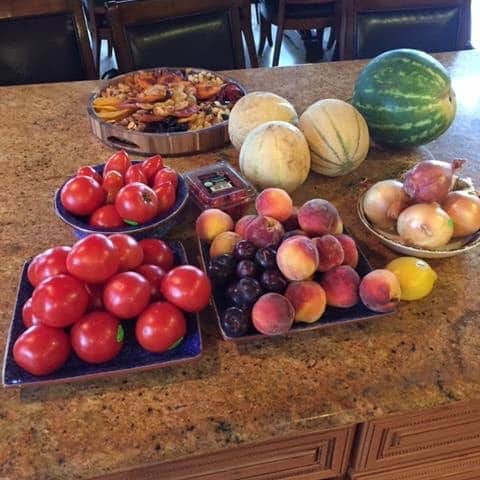 Once my brother and I had sketched out the dinners, I then focused my attention on breakfasts and lunches.

For breakfasts, I anticipated that people would be taking care of themselves, but wanted to make sure that there would be simple options on hand. My mom made a double batch of her always-popular scones, a batch of granola, and dry pancake mix so that we wouldn’t have to bring each individual ingredient with us. In addition, we planned for toast, eggs, bacon, and breakfast sausage as options.

For lunches, we already had planned for the leftover ham to be used, but we also planned for some sandwiches (tuna salad) and lots of snack-y lunches since most people in our family aren’t huge sandwich fans. That meant bread, crackers, cheeses, olives, pickles, and lots of fruits and vegetables.

With all of the activity that we were doing up in the mountains (hiking, boating), as well as game playing, I knew that snacks were going to be a popular option, so in addition to planning for the main meals, I thought a little bit about snacks. Again, fruits and vegetables were key, but we also stocked up on classic snacks foods like chips and popcorn.

I’m not gonna lie, the shopping list that was generated for this week away with 10 people was kind of terrifying. It was over a page long and involved lists for three grocery stores, the farmer’s market, Target, and all of the staples we already had in the house (e.g., olive oil, sugar, etc.).

In order to generate the shopping list, I created a word document so that I could cut and paste easily. I used our meal plan, built out the lists under each meal, and then rearranged the items by where we were going to get them. While this may have taken a little bit of time, in the end it led to much more efficient shopping trips and only two forgotten items (Parmesan cheese and chorizo, which we had planned to buy from a special store and then forgot). 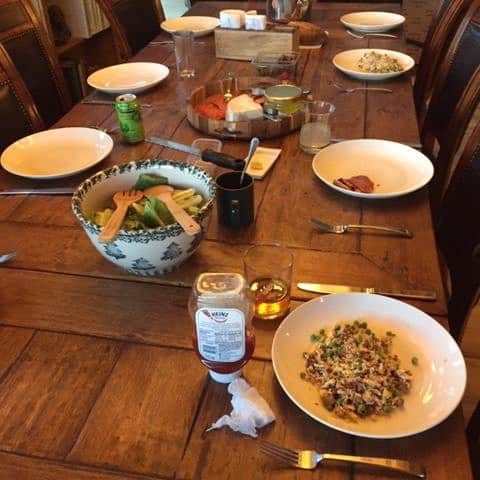 One of the lessons that I learned in the process of meal planning for family vacation: flexibility is important.

Once we got up to the mountains and started preparing meals, we realized that our planned meals were all solid, but our order wasn’t the best. After two lovely all-family dinners together at the house it dawned on us that with a group as big as we had, eating out at a restaurant wouldn’t be nearly as much fun as staying in, so we ended up changing the order of meals to put the dinner out on the second-to-last evening when there would be fewer of us.

Another example was the pancake mix. On the last morning we realized we had never used it. So that morning, instead of just shrugging it off and bringing home the mix to make there, we decided the pancakes needed to be made. The only problem: no one was particularly interested in pancakes that morning, so we ended up with too many. In that moment, if we had remained more flexible and just brought it home, there would have been less wasted food and time spent cooking a dish no one particularly wanted.

Another Option for Meal Planning for Family Vacation

When we got back from our trip I went out for dinner with a friend and was talking about the success of our trip and how I had approached meal planning for family vacation. She then shared how her family does it, which is similar and yet a little different, but I think equally great. In her family, each adult couple is assigned a night for which they have to plan and prepare the meal. This version could easily take the burden off one person needing to be in charge of the whole week’s meals and if shopping lists were shared, efficient grocery shopping could be done as well.

Finally, don’t forget that The Scramble is a fantastic tool to use for meal planning for family vacation. All of our recipes can be adjusted for the number of servings needed and then your grocery list is automatically generated for you! Try out a free trial to see how much easier meal planning can be (any time of the year!).

Do you have tricks for meal planning for family vacation? I’d love to hear about them in the comments!

How to Have Home Cooked Family Meals on Vacation

[…] more tips? Check out our other posts on eating while on vacation! We’ve got one on meal planning and one on making cooking on vacation less […]