The lessons I learned from two days of living in the woods as the colonists did weren’t what I expected, but have given me a new perspective on cooking and life’s challenges. Lessons Learned from Two Days of Living in the Woods

A few weeks ago, I went on an immersive colonial camping trip with my 4th grade son’s class. “What does that even mean?” You wonder. Well, for two days and one night (it was supposed to be three days and two nights, but we’ll get to that later), we were out in the woods, dressed in colonial-era style clothing, sleeping in canvas tents with no screens or bottoms to them, using a hole dug in the ground as a bathroom, and cooking our meals over a campfire using the implements the colonists would have used back in the 1700’s.

The trip was challenging, fascinating, and fun. For me, of course, the aspect that I found most interesting and engaging was the cooking. Preparing meals for a group of 32 children and adults out in nature, improvising when things did not go according to plan, and including the kids in all aspects of the cooking (except the fire) was super hard and incredibly rewarding and made me think a lot about how meal preparation has changed and how much it has stayed the same over the last three hundred years. 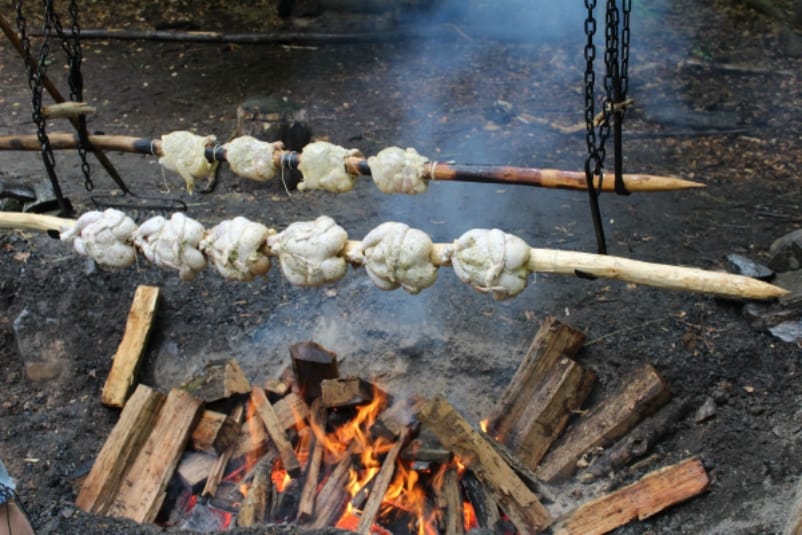 The meaning of time was completely different while we were on the trip. This was for two reasons: 1) our days were dictated by when the sun rose and set and 2) things took much, much longer than they would at home.

For example, just boiling a pot of water took upwards of an hour and roasting chickens on a spit took 3 – 4 (if not 5 – 6) hours! Because things took so long, much of the day was scheduled around when people needed to be cooking, which was almost all of the time.

Sometimes I feel like my days are centered around feeding everyone and that time for other things that I want or need to do becomes squeezed, which can be incredibly frustrating. But the experience of cooking like this made me realize that I have so much more flexibility with my time than people did back then and I am grateful for that freedom.

Will I still resent those occasions where it feels like there aren’t enough hours in the day? Sometimes, but I will also have a new reference point that I didn’t before. 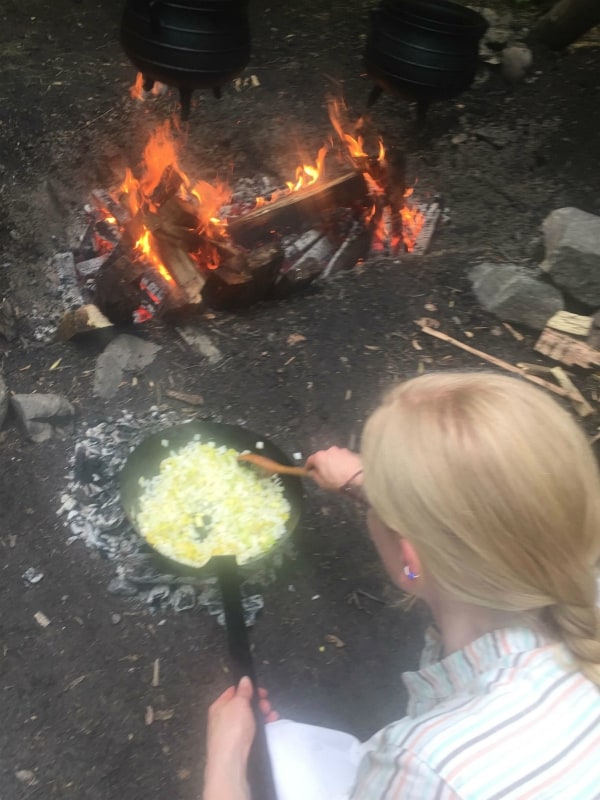 As a mom who cooks for my family every day, I have become used to the idea that sometimes things will not go as planned and it is important to remain flexible and think creatively when things go awry. This really resonated on this trip where we faced having to scrap the original dinner plans and improvise a meal, limited supplies, torrential thunderstorms that washed out tents and campfires, and a camp evacuation due to said storms—we were constantly needing to think on our feet.

As I think about what it must have been like for the colonists as they dealt with the unexpected, much of which must have been MUCH bigger and more unexpected than any of the things that I deal with on a daily basis, I have come to realize that while I cannot control some things, I am blessed that there is much I can do to make those unexpected moments easier (if you want to make those moments less stressful for yourself, consider trying out The Scramble’s weekly online meal planning service with our two-week free trial).

Kids can do so much! 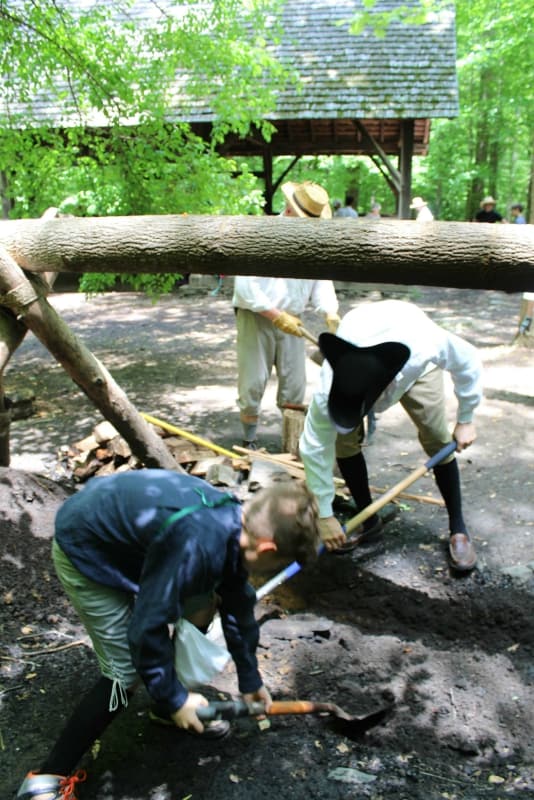 Not only were the kids excited to get involved in the cooking, but they were also eager to try new skills and tasks. We had them chopping vegetables, soaking corn, grinding spices with an improvised mortar and pestle, carrying wood for the fires, and washing dishes.

It served as a wonderful reminder of how capable and helpful our kids can be. Plus, many hands make light work, so the more we get our kids cooking, the less we’ll have to do! My take away: we need to involve our kids more often in the kitchen! 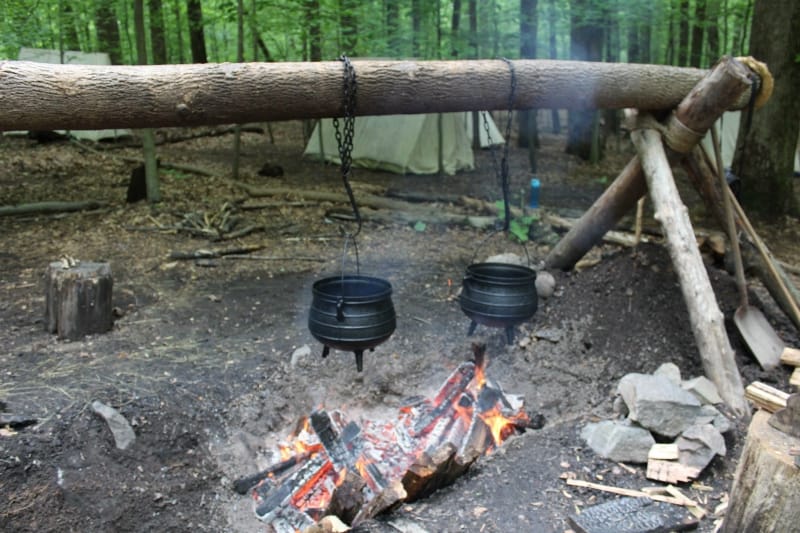 The fact that we have stoves and ovens (not to mention microwaves) that can heat food up quickly and don’t need to be tended to all night so that the the fire doesn’t go out, sinks that make washing and gathering water for a meal simple, refrigerators that keep our food from spoiling (as opposed to the root cellar we were using at camp, which was not only treacherous to get in and out of, but required two people AND was shared with toads and bugs) is such a gift. These things give us so much flexibility, save us so much time, and offer so much convenience for which I am very grateful.

After participating in this experience, I have a whole new respect for all that the colonists (and in some parts of the world, people to this day) managed to do in order to survive. To do all that we did and build houses, raise animals, grow and harvest gardens, preserve and store food for the winter, and so much more is truly astonishing.

This does not take away from all that we do today—we are also incredibly busy and accomplish a great deal each day—but the modern life we live truly has afforded us so much flexibility and freedom and for that I am grateful.

If you would like ideas and recipes to help make your modern life simpler, sign up for a  free trial of The Scramble and see for yourself how much easier dinner prep becomes when you have a plan!