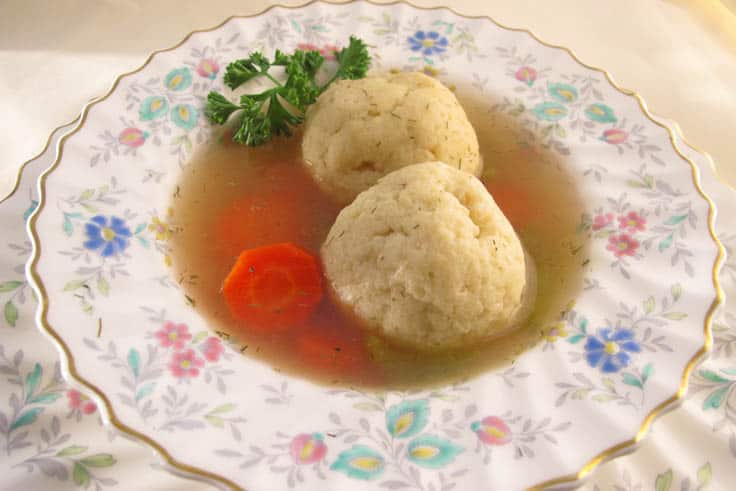 How to Make Homemade Broth

Growing up, there were few dishes I loved more than my mom’s pureed vegetable soup. So, when I was first living on my own, I asked her to send me her recipe so that I could re-create her comforting elixir. Time after time I would make the soup exactly as she directed, but it just wasn’t nearly as good.

Then, one night, after another good, but not as good batch, I mentioned the issue to my mom and she asked, “are you using homemade stock?” That night, she sent me her directions for how to make chicken broth at home and I never looked back.

While the process of making chicken or vegetable stock may seem cumbersome, it is actually incredibly simple and without a doubt worthwhile. So I put together directions on how to make homemade broth, both on the stove and in the slow cooker. If there is one kitchen staple that you should make from scratch, this is it. 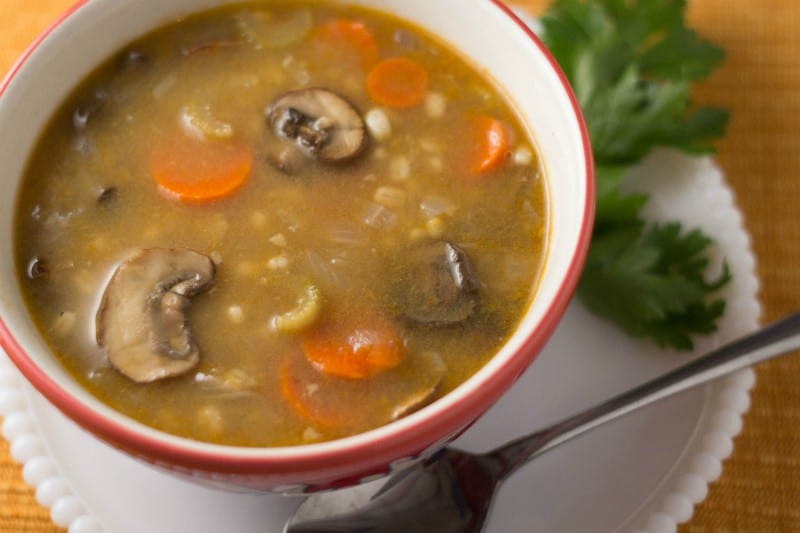 What’s the difference between broth and stock?

I’m sometimes asked what the difference between broth and stock is. Stock is the liquid that you make by cooking bones in water for a long period of time, whereas broth is that liquid with seasonings added to it.

To be honest, though, they are used interchangeably by most people, which I do here as well, and when I make my stock I add seasonings including bay leaves, thyme, and salt to it to create a foundation of flavor. 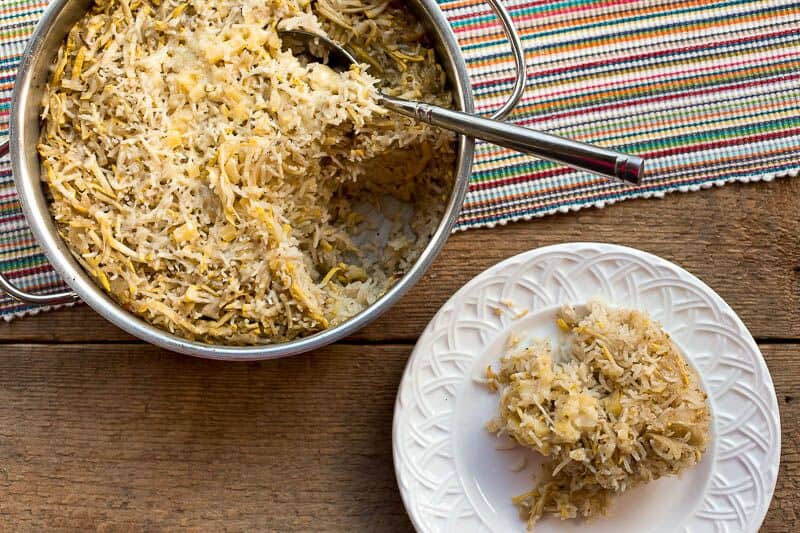 How to use broth or stock (other than soup)

When you make your own vegetable broth or chicken broth, you will likely end up with at least the equivalent of three or four of the boxes of broth you would buy at the grocery store. If you are someone who doesn’t often cook with vegetable stock or chicken stock, that may feel like overkill, but I promise you it’s not.

First of all, homemade broth can be frozen, which means that it will last for at least 6 months.

Secondly, here are some ways to use chicken or vegetable broth: 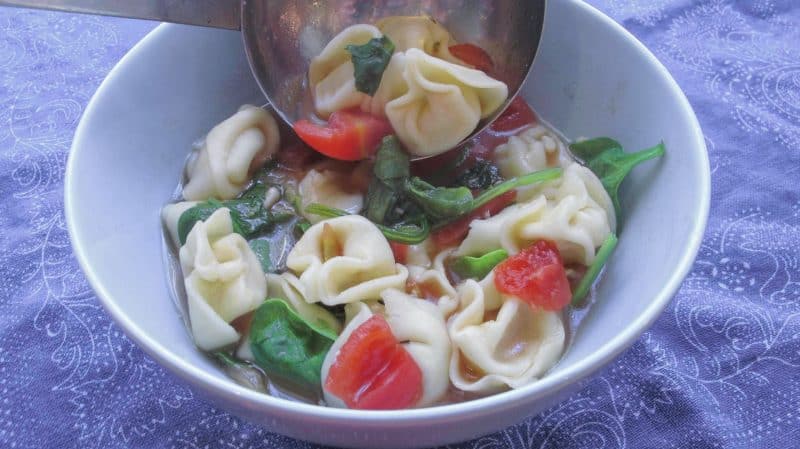 How to make chicken broth or vegetable broth

Making vegetable broth and chicken broth are both incredibly simple. Essentially, you are combining vegetables, bones (in the case of chicken broth), water, and herbs and simmering them for many hours so that the liquid becomes infused with the flavor of the ingredients.

Once you are done cooking it, you allow the liquid to cool, strain it, and then divvy it up amongst different containers.

There are only a few tools you need in order to make your own chicken stock or vegetable stock: 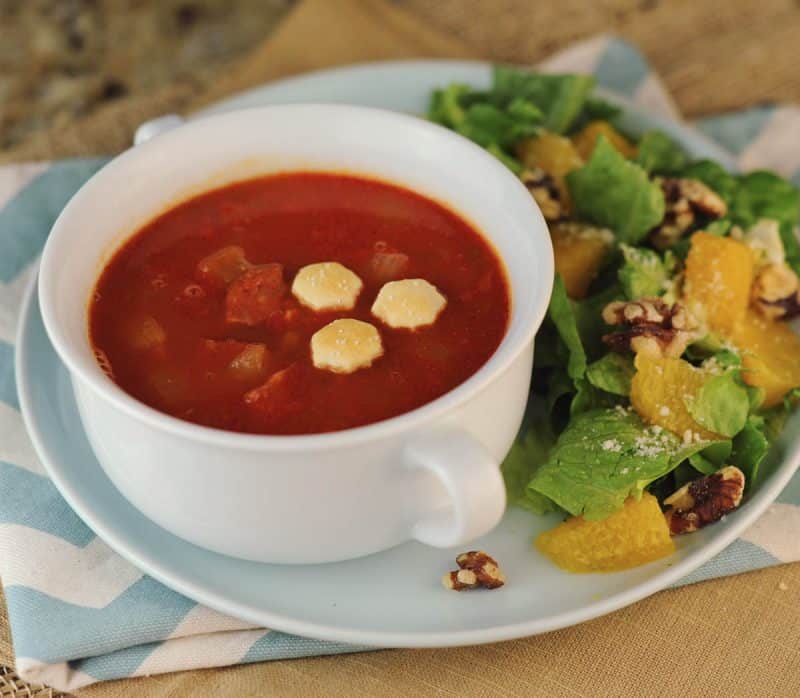 How to Make Vegetable Broth in the Slow Cooker

Over the weeks leading up to making your vegetable broth, keep a resealable bag in your freezer, and add to it whenever you peel or trim vegetables like carrots, broccoli, celery, beet ends, mushrooms, onions, garlic, eggplant, etc. (any veggies will do).

Note: some people recommend that you limit the number of sulfurous vegetables, such as broccoli and cabbage, as they leave a strong taste.

When you are ready to make stock, put enough of the peels into your slow cooker to fill it roughly 1/4 full. If your trimmings did not include onions, add a full onion (peel and all) to the pot. If you haven’t saved vegetable trimmings, add 2 stalks celery, 2 carrots, and 1 turnip to the pot.

Turn it on low and leave it all day (or night), the longer the better. 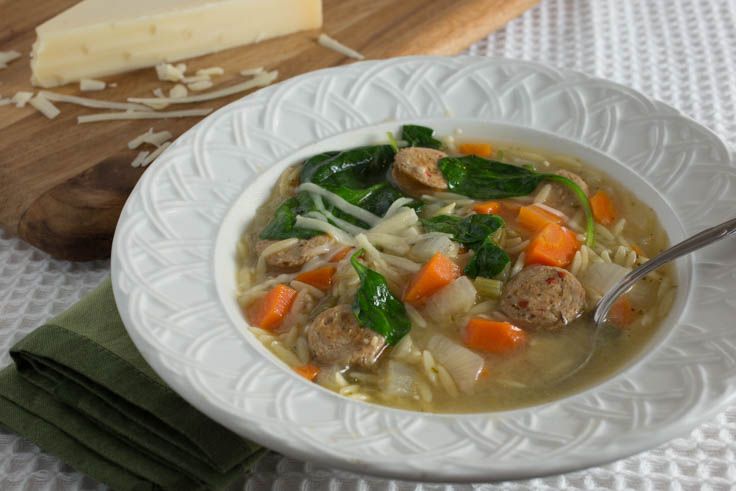 How to Make Chicken or Bone Broth in the Slow Cooker

When you are ready to make stock, add the following to the slow cooker:

If you want to make bone broth, add 1 Tbsp. of apple cider vinegar as this will help to pull the marrow out of the bones in order to enrich the broth.

Turn it on low and cook for at least 8 hours, but I prefer to go for 12 or more hours to get the fullest flavor.

How to Make Chicken or Vegetable Broth in a Stock Pot

Load up your stock pot as described in the slow cooker directions above, then bring the mixture to a boil. Once it is boiling, turn the heat down to low and allow it to simmer for 8 – 12 hours.

Then, just as you would the broth made in the slow cooker, allow the stock to cool and then move it into your storage containers.

Want to learn how to make other staples from scratch? Check out our instructions for making beans in the slow cooker!

« Holiday Gift Guide for Every Kind of Cook
What Knives Do You Really Need in Your Kitchen? »

We use cookies on our website to give you the most relevant experience by remembering your preferences and repeat visits. By clicking “Accept”, you consent to the use of ALL the cookies.
Cookie settingsACCEPT
Manage consent