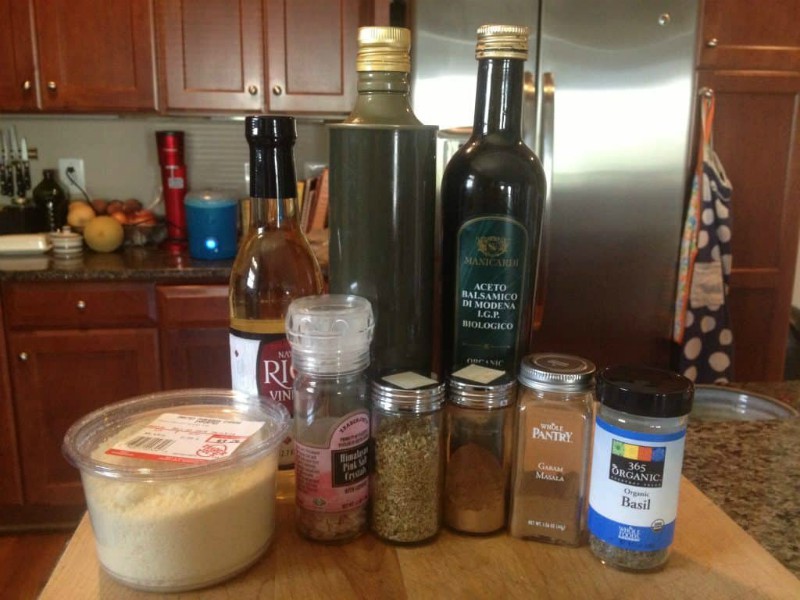 Between the ages of 18 months and 6 my son was incredibly picky. There were pretty much no vegetables he was willing to eat outside of raw carrots, he wouldn’t eat many kinds of fruit, he was skeptical of all dishes where things were mixed together (such as casseroles), and the list went on and one. Pretty much all he wanted to eat was meat and wheat (bread, pasta, etc.).

As a former picky eater myself, I remembered the stress of having to eat foods I didn’t enjoy and was sympathetic. But as a mom, I was concerned, especially since he wasn’t growing. The begging, pleading, cajoling, and deal-making that my husband and I tried was not working and the tension at the table was growing. I knew something had to change.

As I read books and articles and listened to webinars about feeding picky eaters, the message that I heard over and over again was to try the Division of Responsibility approach, which meant that as parents we needed to:

In addition, we were trusting our kids to:

I realized that what this meant was that we needed to find ways to let our son have a sense of ownership and control over his food. But how could I do that while still making just one meal for the whole family? And that’s when I remembered condiments. 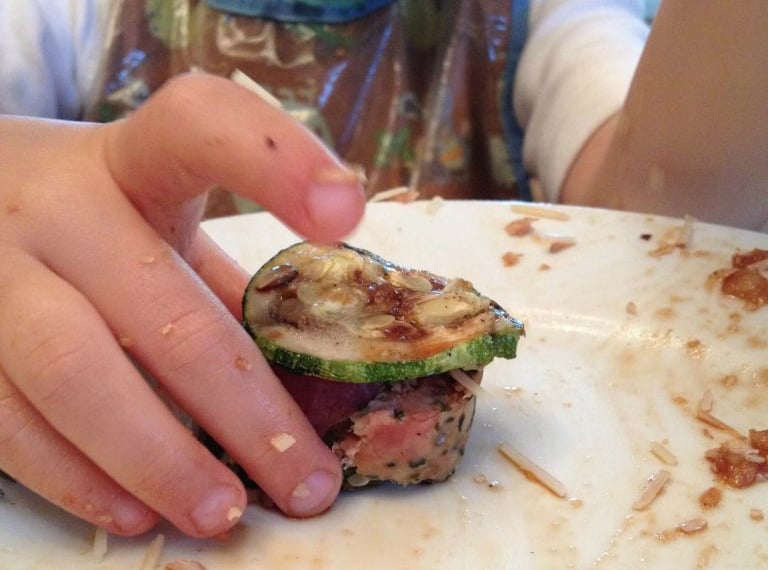 Years ago, when I was completing my health coach training at the Institute for Integrative Nutrition, one of the instructors suggested serving every meal with lots of condiments. The idea was that if you put lots of options out on the table, everyone could make the meal their own, tailoring it to fit their tastes. The concept appealed to me as I have always been a sucker for flavor boosters, but then I sort of forgot about it, until I was faced with the dilemma of how to successfully feed my picky eater.

It occurred to me that if I served meals with lots of condiments, may be my picky eater would take some control over his meal and make it his own and since it was such an easy change to make, I decided to give it a try.

I started to serve every dinner with condiments out on the table. If were were having an Italian dish, out went Parmesan cheese, dried herbs such as oregano and basil, crushed red pepper flakes, olive oil, and balsamic vinegar. If we were having Mexican food, salsas, hot sauce, avocados, and extra grated Cheddar or Monterey Jack were on the table.

All of these condiments were served family-style, which meant my son could serve them himself and use as little or as much as he wanted.

The change was miraculous! From the very first meal, my son loved using the condiments that were offered—Parmesan cheese, ketchup, mustard, dipping sauces, even just salt and pepper—he would pile them on… and then eat the food! Through this process, my husband and I learned two things:

The sense of control that my boys got from selecting their own condiments motivated them not only to eat, but also to experiment with flavor in ways we never would have thought they were ready for. 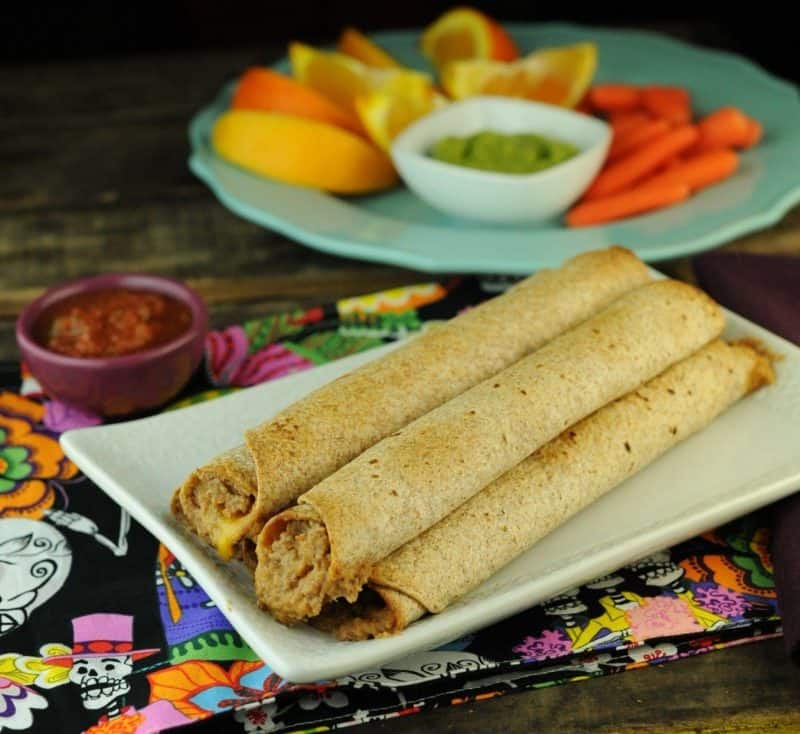 Once we started putting condiments out we realized that there were other unexpected benefits.

One big one was that everyone enjoyed their meals more. Why? Because we could each tailor the meal to our taste. I could go spicier, my husband saltier, and my kids more adventurous than expected.

Another benefit was that it made meal prep much easier. I could cook in bulk and then use the same ingredients for entirely different meals, depending on what condiments I put out. Beans and rice could be build-your-own burrito bowls with grated cheese, salsas, and raw veggies one night and then mixed into broth for a minestrone-type soup to be topped with grated Parmesan and dried herbs another night

So whether you are struggling with a picky eater or just seeking out ways to spice things up at the table, consider offering condiments. Here is a list of some of our favorites organized by cuisine type. 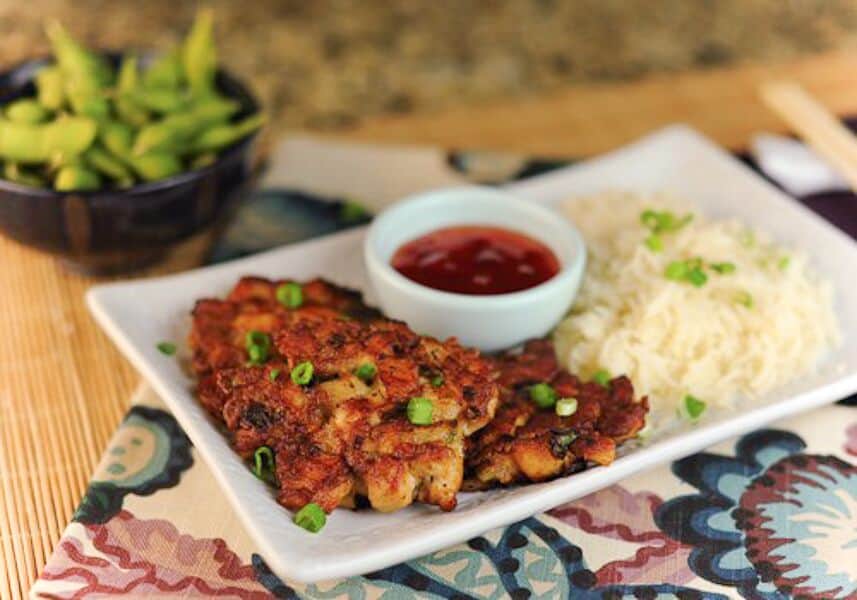 What condiments would you add to the list? I’d love to hear your ideas!

And if you need help deciding what to cook for your picky eaters (that your open-minded eaters will enjoy too), you’ve come to the right place! Check out The Scramble’s family-friendly meal plans and recipes, which include what we like to call Scramble Flavor Boosters which are condiments and spices you can use to add more flavor to your meal.

Want more tips on how helping picky eaters to explore new foods? Check out these posts:

An Interview with my Formerly Picky Eater

My Kid Won’t Eat What I Cooked! What to do When Your Kids Refuses Dinner

I love this article and lists! To add: we like pesto on things in addition to pasta. Also, pickles. I just made some delish radish pickles (vinegar, water, salt).

This website uses cookies to improve your experience while you navigate through the website. Out of these, the cookies that are categorized as necessary are stored on your browser as they are essential for the working of basic functionalities of the website. We also use third-party cookies that help us analyze and understand how you use this website. These cookies will be stored in your browser only with your consent. You also have the option to opt-out of these cookies. But opting out of some of these cookies may affect your browsing experience.
Necessary Always Enabled
Necessary cookies are absolutely essential for the website to function properly. This category only includes cookies that ensures basic functionalities and security features of the website. These cookies do not store any personal information.
Non-necessary
Any cookies that may not be particularly necessary for the website to function and is used specifically to collect user personal data via analytics, ads, other embedded contents are termed as non-necessary cookies. It is mandatory to procure user consent prior to running these cookies on your website.
SAVE & ACCEPT
2 shares
EXPLORE
0
0
Your Cart
Your cart is emptyReturn to Shop
Continue Shopping